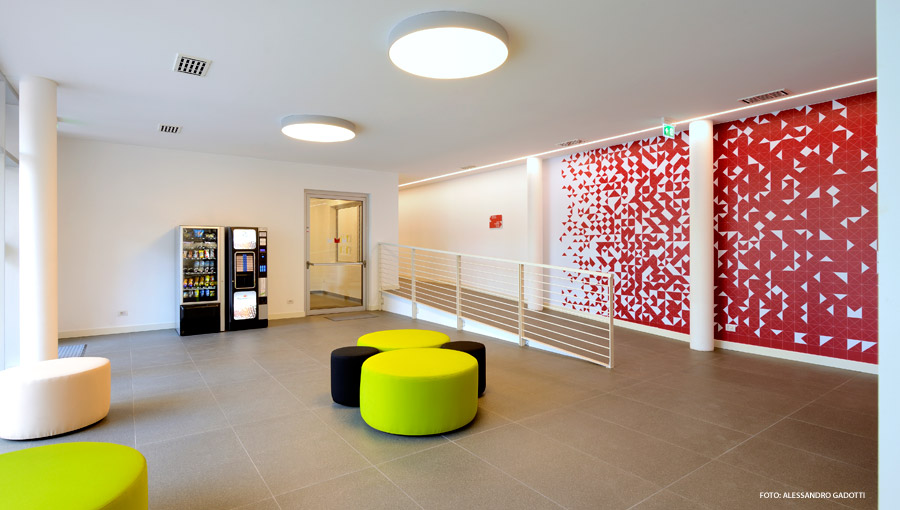 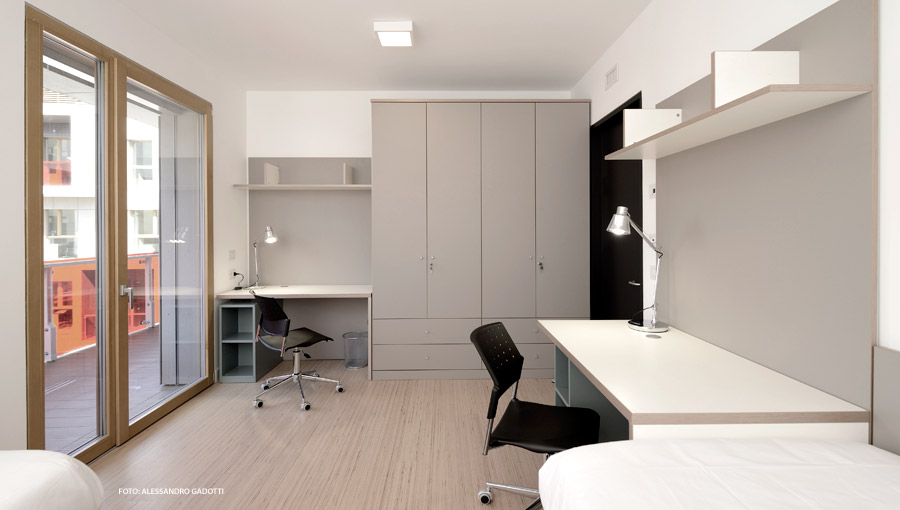 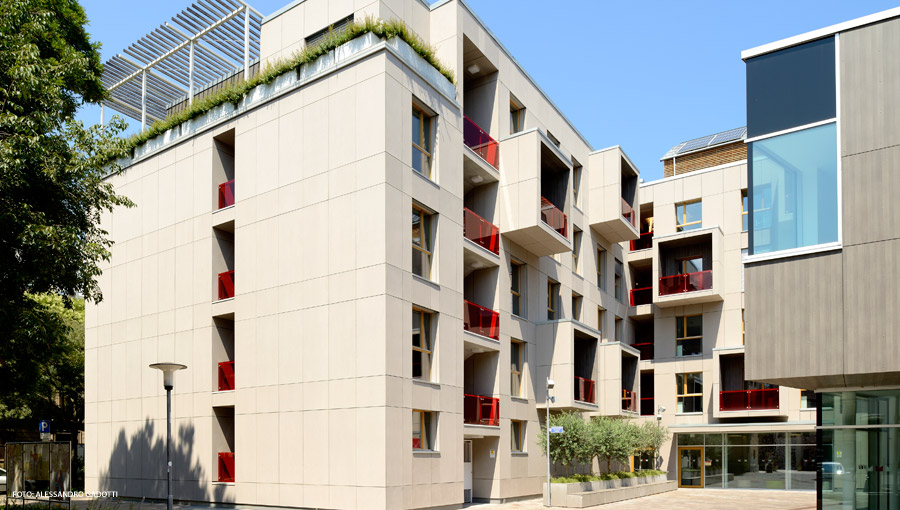 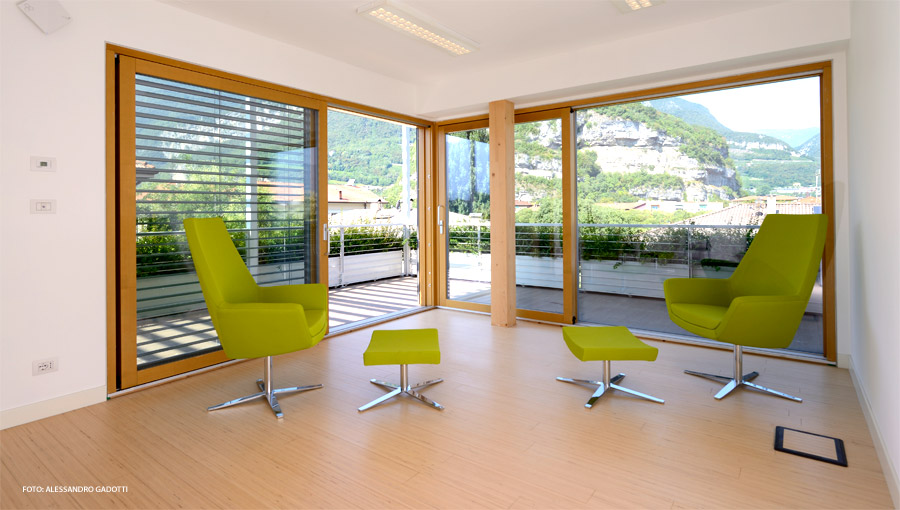 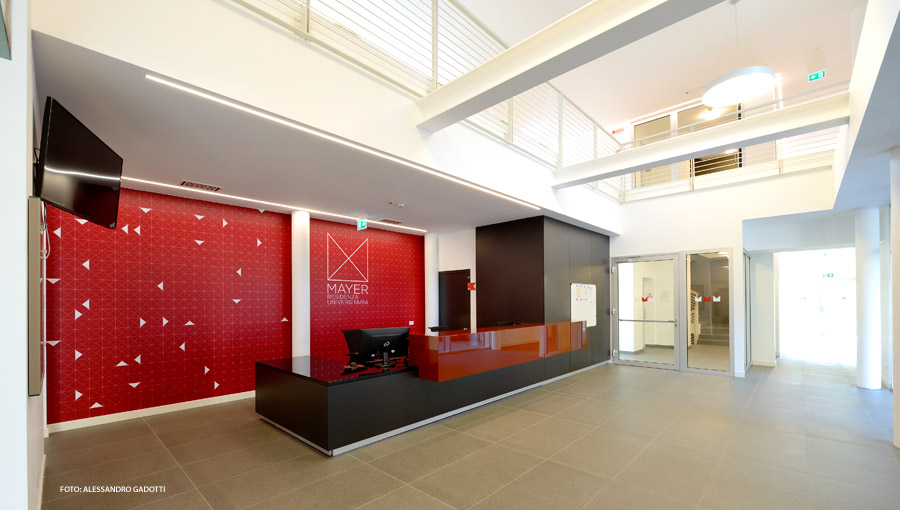 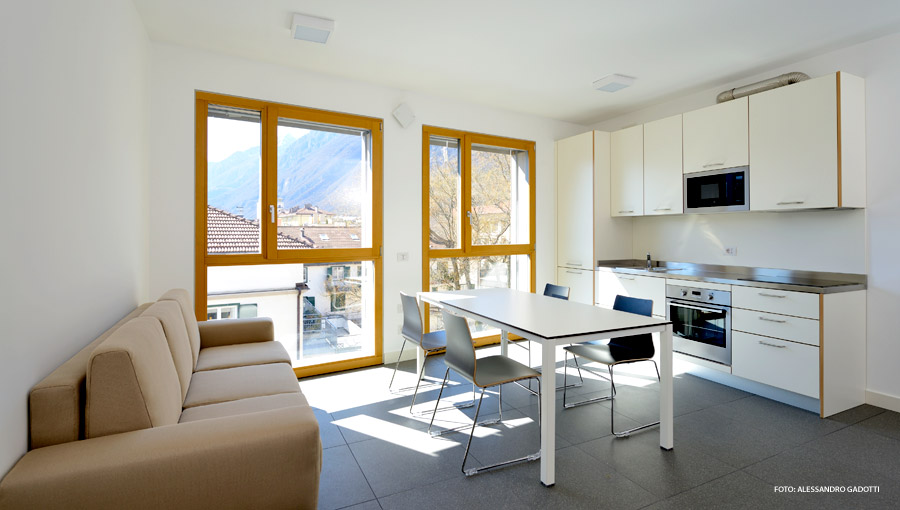 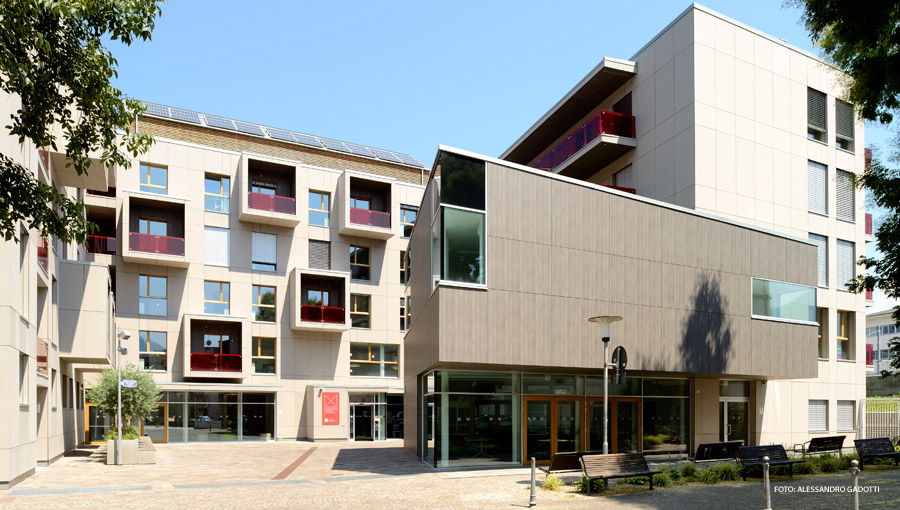 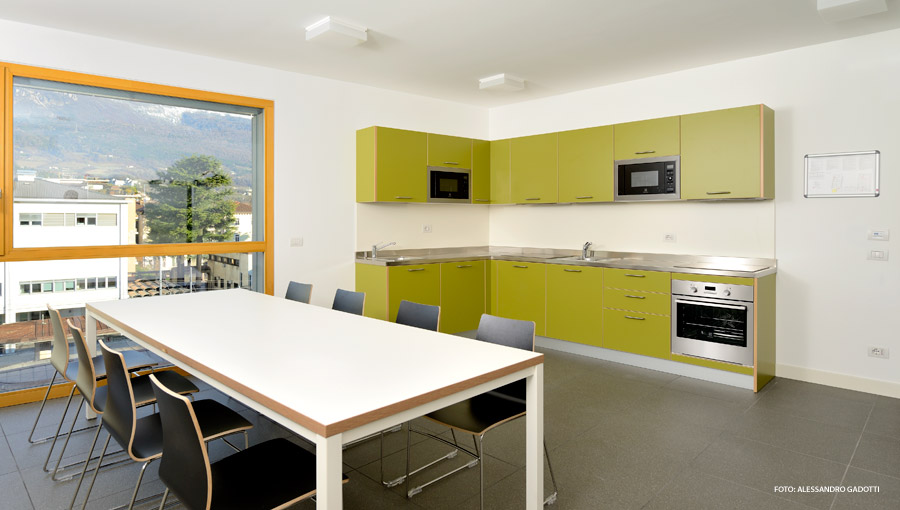 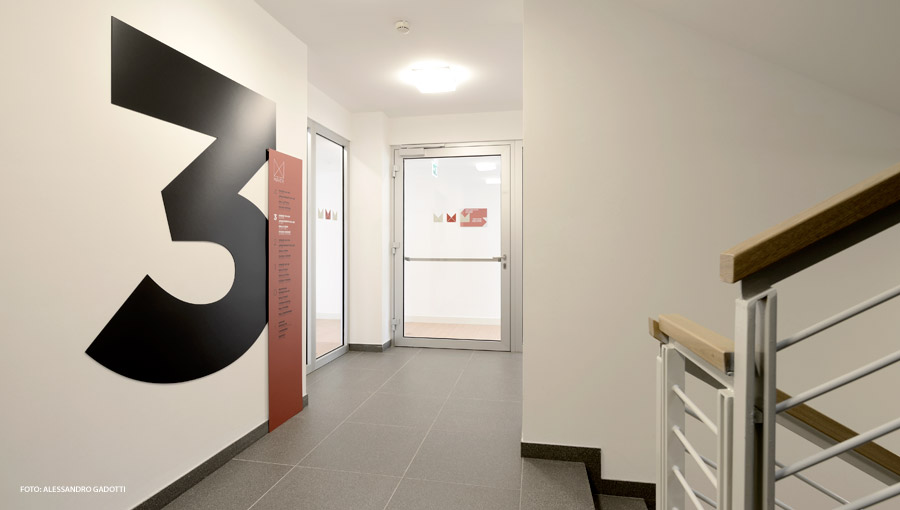 MAYER Residence, which was completed in 2017, is located in the city centre, close to the railway and near the city's university departments.

The residence was built with fir panels, used to make prefabricated structures which - assembled side by side, as in a huge Lego construction - make up the building: only the two main staircases and the basement, which houses the car park, are made of concrete.

This is Trentino's largest building made entirely of wood: with its five floors, 82 single rooms, 12 double rooms, 7 rooms for people with disabilities and 9 mini-apartments, it can accommodate 130 students.

The lodgings, most of which have a bathroom and balcony, are fully furnished and have an Internet connection; entrance to the building and to the rooms is regulated by magnetic badges.

There is a fully equipped kitchen on each floor and a gym and conference room on the ground floor.

Opera Universitaria provides for the cleaning of the common areas and for the linen (sheets, pillowcase, towel and pillow). Linen is changed every ten days at scheduled hours.

The wireless connection throughout the facility is guaranteed by UniTrento, and works with the same characteristics as the service provided in the University.

Opening hours:
Monday to Friday, 9 to 12 and
Tuesday and Thursday 2 to 4 pm 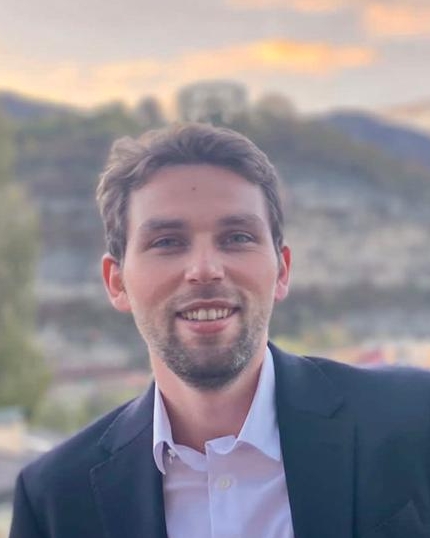 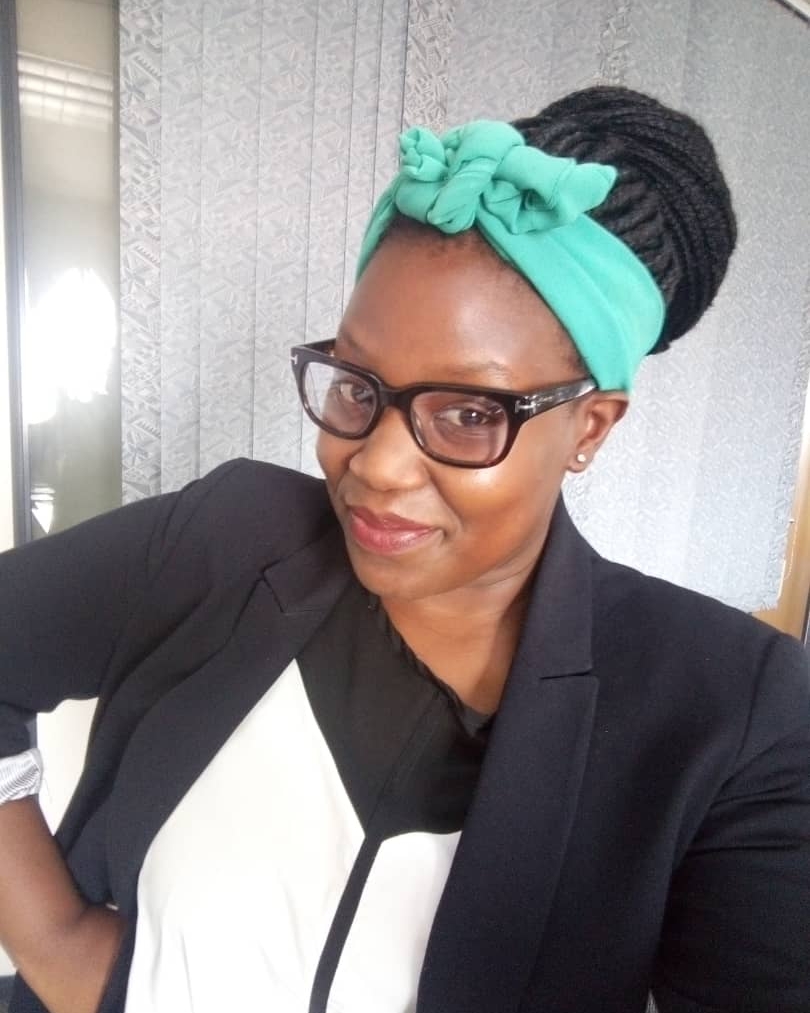